The Myth, Mystery And Mastery Of Chess: How Best To Learn To Play This Legendary Game Online

Chess emerged as a means of testing skill, smarts, and strategy many centuries ago and it persists as one of the most fascinating and riveting games anyone can play today. Learning may be no easy assignment, but doing so can open doors to places only a distinct set of gamers can go.

The Interesting Benefits Of Learning Chess

Beyond the entertainment and social value, this game endows players with a host of unique and exclusive benefits, including, although not limited to:

How It's Done On The Web

Learning anything online offers many advantages, including moving along at your own pace, scheduling lessons according to your own clock, and not feeling self-conscious about what you're doing or how well you're doing it. Chess begins with basics, such as which pieces can make what moves and what the objective of the game is. However, it soon becomes far more complicated, particularly when strategy is introduced.

Taking on something as complex as chess may require private lessons where you learn to play online with a coach. Most computer programs can accommodate beginning players, leaving the learner with multiple options for acquiring knowledge and practicing the art of the game.

There are also forums on which to engage other fans of chess of every ability. Books, too, may aid a player just starting out, providing an ultimate arsenal of tools to ensure the moves and strategies are all sufficiently absorbed.

Since the global community of chess fans and masters alike is so vast, a learner has many choices as to where to begin learning to play chess online. Sites featuring private, one-on-one lessons are available for anyone serious about learning the game or someone experiencing challenges with the do-it-yourself model. It's also beneficial to look for players and coaches in real life, amongst friends, family, and co-workers.

Chess begins as a simple game, shrouded in mystery and myth, but quickly evolves into a near obsession for many who await each new match with nail-biting anticipation. However a person chooses to learn, there should be no doubt that all aspects of the game are covered, including an introduction to a few of the over 120 million paths a game can take after just three moves by each player. Pawn on e4 is just the beginning of an amazing, life-long journey, but the first and most important step is learning how to play. Check out different ways to learn chess online to get started. 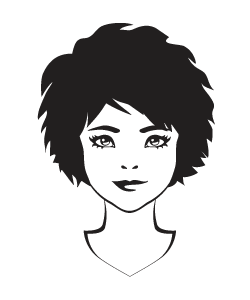 When I was seven-years-old, my parents signed me up for private piano lessons. Whenever I had a lesson, my teacher and I were the only people in the room. Therefore, my instructor could give me her undivided attention. Even better, I could listen to my teacher and concentrate on playing the piano without having to worry about any noise being made by others. After mere months of private lessons, I was ready to play the piano in my first recital. On this blog, I hope you will discover the amazing advantages of taking private lessons to learn how to play your favorite instrument. Enjoy!

The Myth, Mystery And Mastery Of Chess: How Best To Learn To Play This Legendary Game Online
16 June 2021